Your Desk, your choice

Zorin OS is the alternative to Windows and macOS, designed to make your computer faster, stronger and more secure while respecting your privacy. 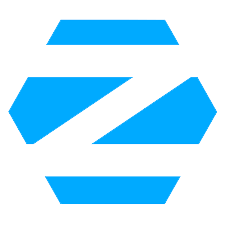 Like Elementary OS, Zorin OS has stood out above all through constant and conscientious further development. Less hardware hunger, simple and tidy operation – albeit based on Windows – pay off. There is a line visible.

New users usually find their way around quickly, and everything is portioned and arranged in such a way that you are never overwhelmed. Noticeably aimed at normal users.

Upcoming features such as ‘Zorin Grid’ – which allows mass management of computers running Zorin OS will continue to push other systems, especially in larger environments such as schools, corporations and cities/communities.

Seems a bit like a more consistent focus on users, with quality and privacy in mind. You may find a gap here and you can ask for money for it – which I think is fair.

The usability of the system can be described as very good for PC users, since many things are simple and clear and it is often easy to find your way around. Custom developments make some things even easier, like the launcher, which is lighter and more accessible than directly in GNOME.

Your Desk, Your Choise